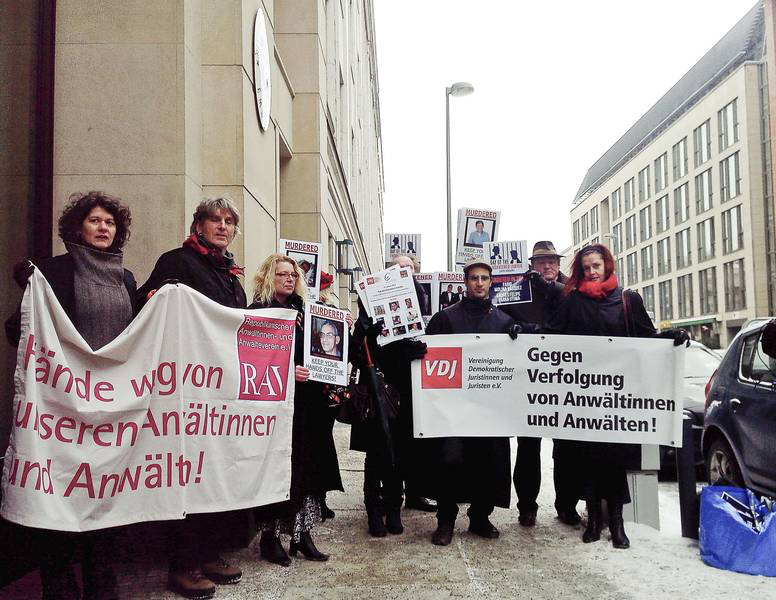 This year the Day of the endangered Lawyer is focused on lawyers in Colombia who were murdered and who received death threats because they defend the rights of the poorest, and who work on cases of human rights violations in rural areas where small-scale producers are attempting to return to lands illegally expropriated from them.

On European level it was organized by

In London and The Hague two lawyers from Colombia, Miguel Puerto and Duran Rommel, participated at the activities and presented reports.

Jairo Céspedes, President of the Executive Commission of Colombian Lawyers (Comité Ejecutivo de la Abogacía Colombiana) expressed his gratitude for our solidarity with our colleagues in Colombia. He strongly encouraged us to keep in touch for the next future and visit their website, in order to be updated with cases of threatened and murdered lawyers: http://www.casadelabogado.org

The press release as PDF file