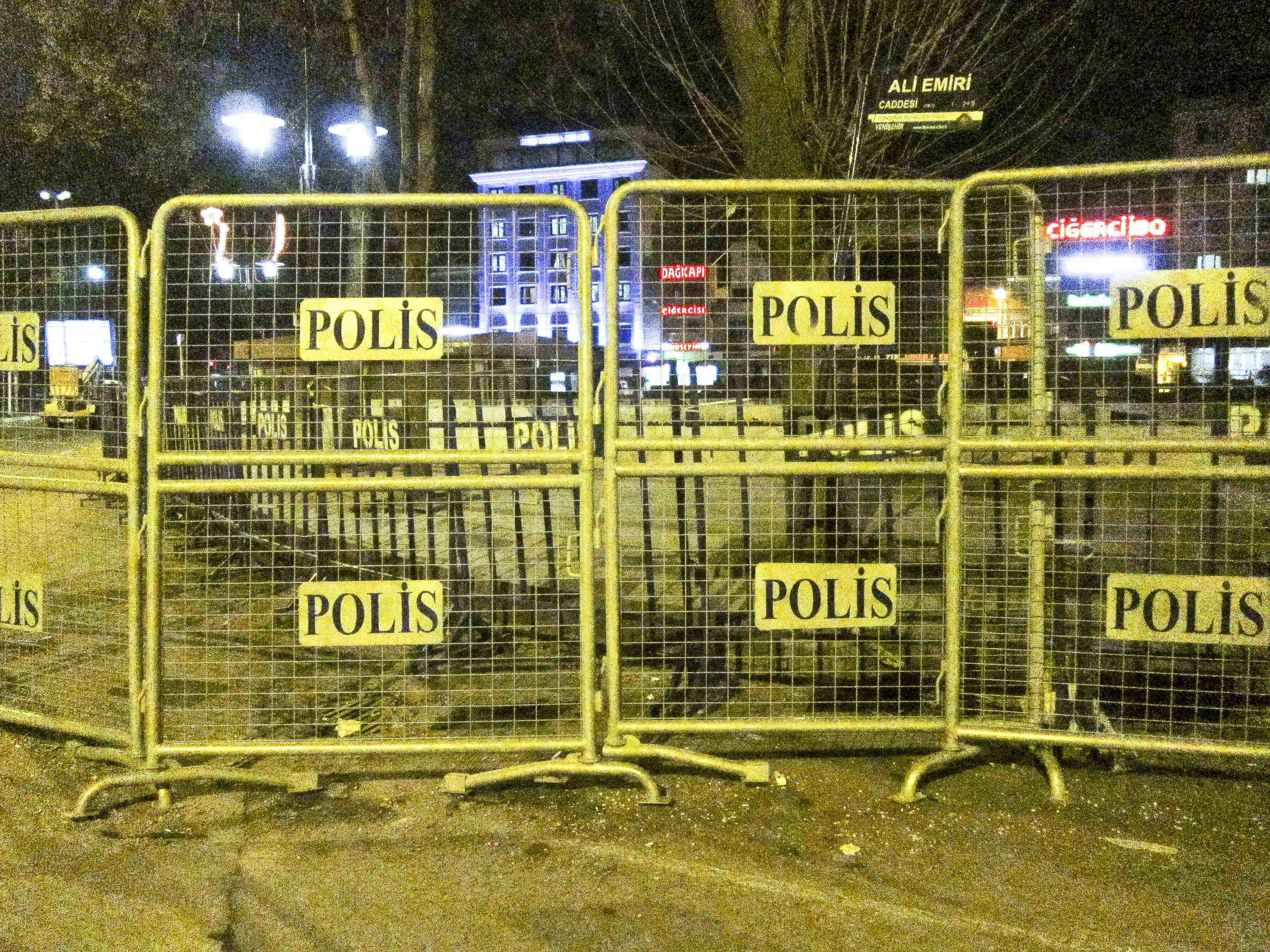 A delegation* of 10 lawyers from Austria, Belgium, Germany, and Italy visited Diyarbakir, Turkey, from 21st to 24th of January 2016 to monitor the impact of the curfew on the population. The mission was coordinated by two European lawyers’ organisations, the European Association of Lawyers for Democracy and Human Rights (ELDH) and the European Democratic Lawyers (EDL), and also the “Unione delle Camere Penali Italiane”.

The lawyers had meetings with the bar association, human rights organizations, the chamber of doctors, families of victims, a women’s organization, the co-mayor of the city and the People’s Democratic Party. In the course of these meetings, they received reports about a dramatic situation.

In the Sur district, the ancient centre of Diyarbakir, as well as other cities and districts of the region, curfews are being imposed by the government. In Sur, the 125.000 inhabitants of 6 neighbourhoods are completely isolated by the curfew. Around 22,000 people had left the curfew areas, some of them deliberately, most of them forced by the military. People living in the area subject to curfew are not allowed to leave; exit is allowed only in rare moments when the curfew is lifted and even then subject to the arbitrary decisions of the army officers. People who leave those areas are not sure that they will be allowed to go back to their homes. On the contrary, no one who is not a resident of Sur can enter. This results also in a serious lack of transparency. No one is able to assess the real situation because no international delegation or independent person is allowed to see with his own eyes. Therefore no-one has a chance to collect evidence, participate in an autopsy etc. This makes it easy for the state to claim that; “everyone who had died was a terrorist” or was “killed by terrorists”.

The population is not properly informed about a temporary lifting of the curfew and about the time when it was re-imposed. For this reason in some cases people, among them several school-children, have been shot by military snipers because they were not aware of the restart of the curfew. The curfew in Sur has lasted already for more than 50 days, day and night. The consequence is that the basic needs of citizens of Sur are violated. They have no access to medical care; access to drinking water, food and electricity is limited. In the whole region, an estimated 1.5 million people are directly or indirectly affected by the curfews and the military atrocities.

The inhabitants of Sur are taken hostage by the military, and are subjected to ill-treatment and to extreme violence. The delegation could hear gun-fire day and night, and observed helicopters and fighter jets flying over the city and armoured vehicles patrolling the streets. The rights to education, health and health care and free movement are being violated. Houses are destroyed by the military and water pipes and electricity lines are interrupted and/or destroyed.

The Turkish government boasts to have killed hundreds of fighters. They don’t mention the hundreds of civilians, among them many children, who have been killed and wounded. Wounded people remain on the street because they are prevented from receiving medical treatment and die because of their injuries. Corpses of men, women and children remain on the streets often for many days, because their families are prevented from burying them.

Every morning, fully equipped doctors demand access to the curfew zone but are pushed back by police.

This curfew violates Turkish as well as international law. According to the Turkish constitution and the State of Emergency Law, the prerequisite for the declaration of a curfew is the declaration of a state of emergency. The Council of Ministers did not declare a State of Emergency. International human rights treaties which have been ratified by Turkey are not respected.

The lawyers call upon